Verizon Wireless have finally done it, they've released a new software update for the GALAXY Nexus from Samsung, 'IMM76K'. Verizon and Samsung both encourage the update, which fixes a heap of e-mail and text problems, calendar issues and more. 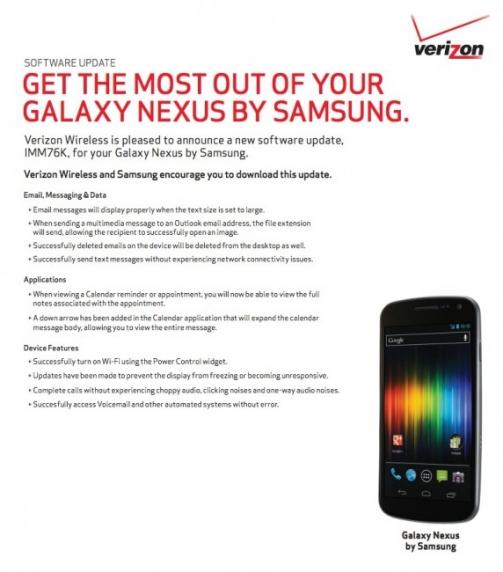 The IMM76K Android 4.0.4 update comes in at approximately 39MB in size, and can be manually updated if you choose to do so, an instructional post for it can be found here. Strangely, this is the same update that popped up in early-May, but was yanked by Google.

If you're rocking a GALAXY Nexus on Verizon, you'll probably want to grab this update. Be sure to let us know how you go with it!