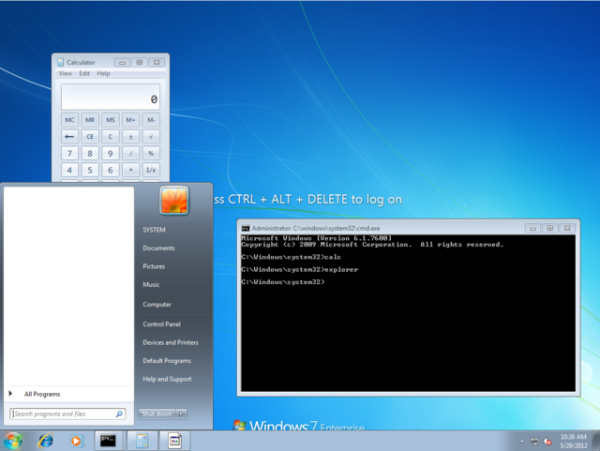 To do the exploit one only needs to open command prompt once on the target PC and enter the code below. Once done, the hacker can return to the workstation at any point later in time and launch an administrator level command prompt just by pressing shift 5 times in a row. This could be of a serious nature for many different people, especially a business.

Microsoft, at the time of writing, has yet to issue a statement regarding the exploit.