We reported on the rumors of social networking giant Facebook looking at building their own phone, again. As well as the company hiring ex-Apple engineers who worked on the iPhone and iPad to help make a 'Facebook Phone'.

Enter New York-based UI designer Jay Moon mocked up a bunch of amazingly cool visuals in April, which he updated yesterday and would really look great on a 'Facebook Phone': 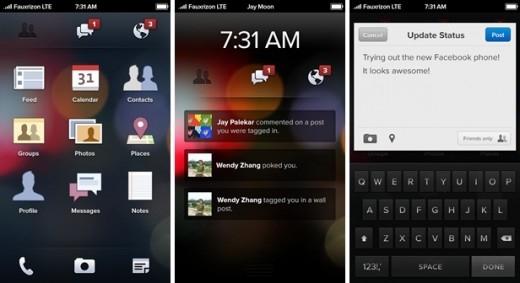 Not bad, hey? Considering that Moon is just 16 years old, this is quite a great job. I would be so torn if Facebook were to release a phone. I love how I have everything in my Google account, on an Android phone, so this would have to be hands-down amazing for me to change.