Just when you thought you wouldn't upgrade your phone beyond the already-announced and nearly here GALAXY S III from Samsung, or alternatively, HTC's One X, or if you're an Apple fan, the not-out-yet iPhone 5. 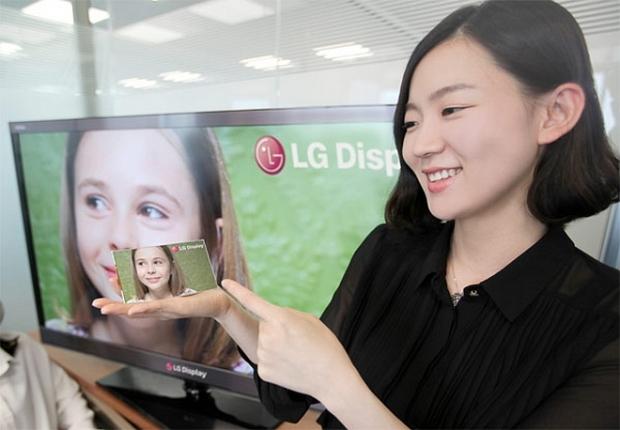 LG have just unveiled a new display for smartphones that shoves 1920x1080 pixels into a 5-inch screen. It's the world's first Full HD smartphone display and has an amazing pixel density of 440ppi, way out and beyond what we have in today's phones.

The panel LG have used is an Advanced High Performance In-Plane Switching or AH-IPS LCD. It's the same technology that LG used in one of their panels last year and when compared to a standard IPS panel, AH-IPS panels sport greater color accuracy, wider viewing angles and greater light transmission which all leads to lower power consumption.

We should expect this 5-inch Full HD display to be released in the second half of the year, and baked into smartphones sometime next year.