NewsReviewsArticlesGuidesGamingAsk the ExpertsNewsletterForums
GIVEAWAY: Gaming peripherals upgrade thanks to Corsair worth $280
Motherboards

Thunderbolt has been all out of thunder lately, debuting last year on the refreshed Apple MacBook line up, it now looks like the technology will make a bigger appearance on motherboards later this year. DigiTimes is reporting that it is expected to become one of the key specifications that motherboard makers will be competing with in the second half of this year. 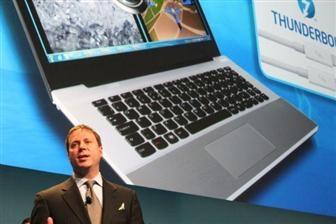 This is thanks to sources from motherboard players, but we all know Thunderbolt will eventually be a bigger thing as time goes on. Thunderbolt supports PCI Express and DisplayPort, allowing a Thunderbolt port to smash through data at high speeds. Compared to USB 3.0, unfortunately, the higher costs stop Thunderbolt's market penetration.

At the moment, Thunderbolt chips are offered only by Intel, with quotes of around $20-$25. This leaves non-Intel chipmakers unable to make much profit from the technology, which leaves us with adapter chips being more popular. We should hopefully see more Thunderbolt-powered products at Computex in just over a weeks time.