AMD CEO, Rory Read, has been quoted with quite a powerful quote: that there's enough processing power on every laptop on the planet today. He's specifically referring to what he calls the conclusion of the era between AMD and Intel to develop increasingly faster processors. 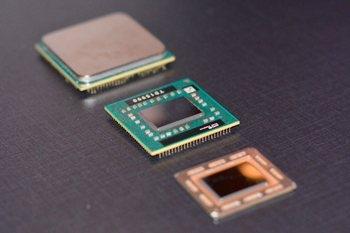 AMD spokesperson, Mike Silverman told the San Jose Mercury News that AMD needed to let go of the old AMD versus Intel mindset, as technology moves forward this strategy will no longer be the key focus. AMD CEO Rory Read also talked to Bloomberg Businessweek, where he said that computing is increasingly moving into the cloud where data centers are able to process computations much faster than a single computer, tablet or smartphone can.

Personally, I thought we were over this? I think the whole AMD versus Intel thing ended when we moved into multiple cores? Intel, in my opinion, is so far out in front right now, that CPU power just doesn't have the same effect it did years ago. You can upgrade from a Core i3, to a Core i5 and if you're not utilizing all of that power - is there a difference? If you're using your PC for Facebook and e-mail and move from a dual-core AMD to a quad-core AMD, do you notice the difference?

Gone are the years of upgrading from a single-core 1GHz to 1.4GHz, and actually feeling it load into Windows, games, and apps quicker. We have ridiculously fast processors, even at the low-end now.