Voice control is gaining momentum everywhere thanks to Apple's Siri: Samsung's upcoming Galaxy S III is going to feature a Siri alternative. Google has voice search. Now, Nuance, the people behind the Dragon software, is showcasing a new technology to allow for natural language processing. Nuance technology is already seen in Ford's Sync and My Ford Touch. 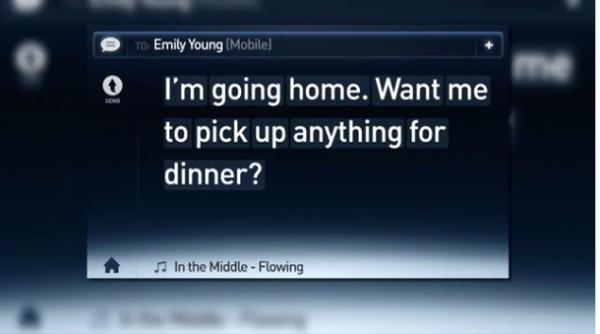 The current Nuance system recognizes about 10,000 voice commands, but can't cope with anything outside of that pre-programmed library. The new technology being showcased is called Dragon Drive and will use Nuance's cloud-based servers to allow natural language processing, similar to how Apple's Siri works.

Dragon Drive is said to do some of the processing locally and some in the cloud as opposed to Apple's Siri. This, combined with Nuance's multiple telco grad facilities worldwide, is said to alleviate any latency that was present with Siri. Mike Thompson, executive vice president and general manager of Nuance Mobile says that models should hit the showroom floors sometime this summer.