In the midst of Facebook's IPO, Microsoft have launched their social networking site, So.cl. So.cl isn't competition for Facebook, as it's designed to give students the ability to network with peers to share information. 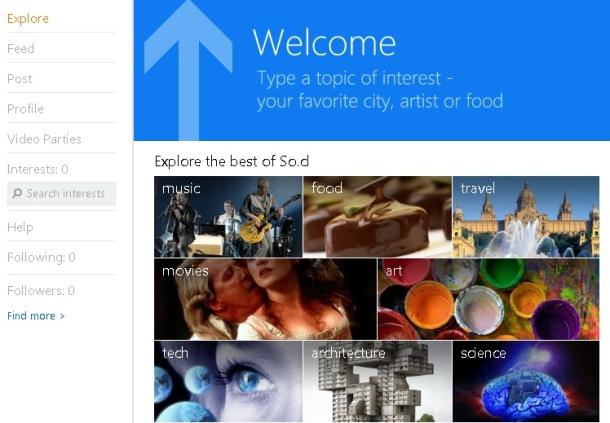 A Microsoft rep has said to CNET:

FUSE Labs' So.cl project is now accepting all users interested in joining the site. So.cl is an experimental research project focused on the future of social experiences and learning, especially among younger people.

Describing the app itself, Microsoft have said:

So.cl (pronounced 'social') combines search and social networking for the purpose of learning and is the latest experiment from FUSE Labs.

Users can login with either their Windows Live, or Facebook account details, and once logged in, they're presented with a bunch of suggested topics of interest. So.cl has similar features to Facebook's 'share' or 'recommend' buttons, with something called "bookmarklet" that adds a "Share on So.cl" button to users' bookmarks toolbars, which allows them to share Web sites with other So.cl-based users.

On top of the usual sharing, commenting, and tagging people on So.cl, you can also "riff" on the post, which is something Microsoft describe as "a new way to interact and improvise on content".