SpaceX, the space transport company out of California founded by former PayPal entrepreneur Elon Musk, were ready to launch their first private spacecraft on its voyage to the International Space Station on Saturday, but at T-minus 0.5 seconds, it was aborted.

Technicians pegged it on a faulty engine valve, which was responsible for aborting the first launch attempt within just half of a second remaining on the countdown, after all nine first-stage engines had ignited. Computers had detected high pressure in one engine's combustion chamber, triggering an automatic shutdown.

The countdown reached zero, but SpaceX holds its rockets on the launch pad for a few seconds after ignition in order to ensure everything is functioning. In this case, it could've been a very, very good thing that the lift-off was halted, and SpaceX's delayed launch for a few seconds definitely helped. 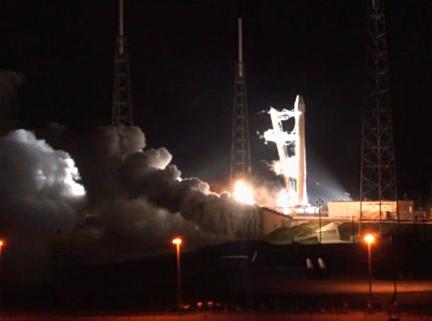 The next launch window for SpaceX is next week: Tuesday at 3:44am EST.