The name tag that used to be shown over the body of water between Iran, Saudi Arabia, the United Arab Emirates, Bahrain and Qatar has seemingly disappeared. It's not clear if this was done on purpose by Google or if it is a bug as other highly-populated cities have lost their name tags before due to bugs. 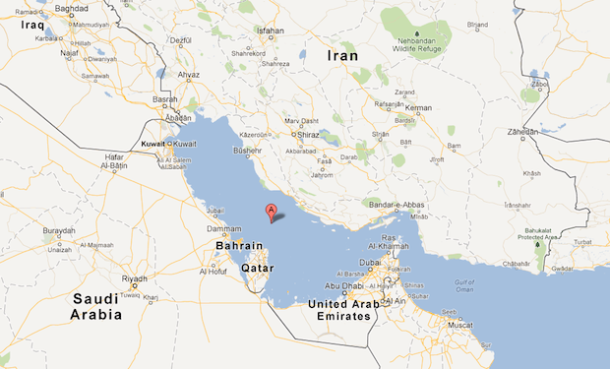 A Google spokesperson has declined to comment on the lack of the tag. Even more interesting is that the name remains in Google Earth. Tehran is upset about the lack of the name because the name of the body of water has been in dispute since the 1960s. It is a culturally sensitive point and some Arab states even call the water the Arabian Gulf.

The UK and US governments, along with the UN, refer to the water as the Persian Gulf. The Associated Press reports that Iran's foreign ministry spokesperson Ramin Mehmanparast told Google that they could face "serious damages" if the water's name did not return. It's not clear what these damages would be as it's just a missing name.