Samsung's GALAXY S III is nearly here, and whilst the phone sports a 4.8-inch HD Super AMOLED screen, and an impressive 2,100 mAh battery, the battery life itself was questioned. But, GSM Arena have stepped in and thrown the quad-core smartphone through some tests, which are very surprising. 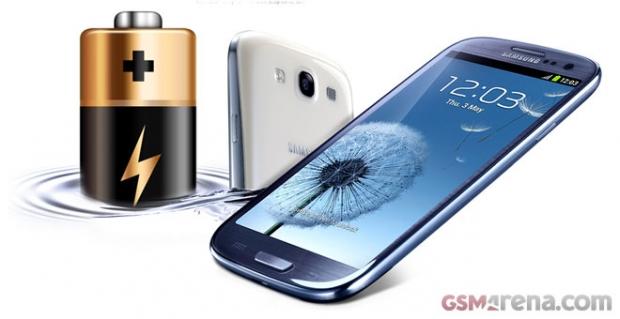 10 hours and 1 minute for the GALAXY S III, and the iPhone 4S slightly behind with 9 hours and 24 minutes. GSM Arena rounds it up with an "endurance test", where they've given the GALAXY S III a 43 hour endurance rating. This means that you'll need to charge the S III once every 43 hours if you do an hour of 3G talking, video playback and web browsing per day. Quite the achievement! I can tell you I'll be grabbing one of these as soon as I can, I wonder if they'll be available in Taiwan when we're there for Computex...