9to5Mac is reporting that earlier today an unnamed app developer informed the site that users accessing its software had been identified as running iOS 6 by analytics. Adding fuel to the iOS 6 fire is that other unidentified developers polled have also seen traces of the new iOS 6 since, wait for it, late-April. This means people in the wild, or people within Apple, are testing out iOS 6, right now. 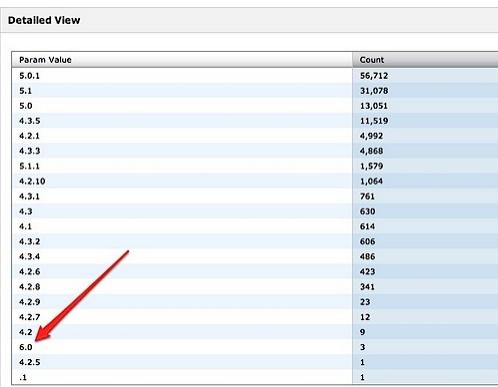 Keeping in mind that prior to the 2011 Apple World Wide Developer's Conference, versions of iOS 5 were spotted in the same fashion. When enabled in an application, iOS apps can send data to developers, this data is mostly used for application improvement, and to track metrics of users in regards to which device along with which version of the iOS are being used.

But, it can all be a game, too. It's possible for someone to jailbreak a device, to spoof, or fake, an iOS or device revision metric passed onto a developer, but this is probably not what has happened, as iOS 6-based devices are known to be under active development.