Best Buy has announced that its founder Richard Schulze will step down as chairman of the company, following the company's annual shareholder meeting to be held on June 21. Schulze is set to be replaced by Hatim Tyabji, the current chair of the audit committee and chairmand and CEO of Bytemobile. 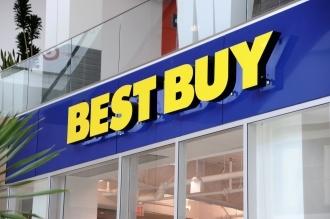 A statement released today, Tyabji said that the story of Best Buy is a remarkable American success story and that Schulze's leadership and vision helped to change the landscape of American retail. But, Schulze's reputation could be hit, following an investigation of former CEO Brian Dunn. A story from CNET, says that Best Buy hired law firm WilmerHale to investigate the conduct of Dunn.

The investigation found that Dunn had an "extremely close" relationship with a female employee that negatively affected the work environment. This relationship between Dunn and the employee demonstrated poor judgment and a lack of professionalism but the report concluded that he didn't misuse any company resources. Dunn resigned as CEO only last month. The problem here is that Schulze found out about the incident back in December of last year, but failed to inform the board members.

Schulze has claimed he confronted Dunn about the matter, which Dunn denied, telling him that it was unacceptable and against company policies. Schulze spoked in a statement today, where he has said that he understands, and accepts the findings of the committee. Schulze will remain on the board in an honorary role as chairman emeritus until his term ends in June of next year. The remaining board members will all be declassified, which means they will need to be voted into the position each year.