President Obama has used technology to his advantage. Technology most likely won him the election in 2008 as he was able to reach out to the young, hip crowd through this new medium. His opponents, apparently, aren't as far behind as everyone thought as Romney's campaign has bought targeted ads to counter Obama's Barnard Collage commencement address. 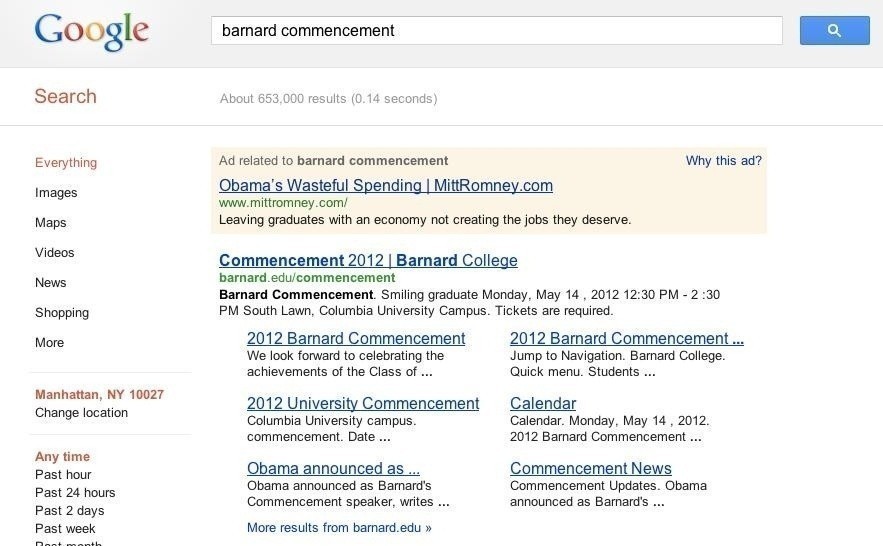 People who search Google for "barnard commencement" will end up seeing an ad like above if they live in the New York City. The ad links to Romney's website and is entitled "Obama's Wasteful Spending." The ads are targeted to the zip code where the college is located. This zip code happens to be 10027.

The 2012 presidential campaign has seen targeted advertising before, so this is just another example. Previous advertisements have been as narrowly focused as this in that they focused on a single zip code. While I'm not sure just how many people are going to see it, it seems like it could be a good way to take a bit of press away from Obama and the event.