In a move that is sure to upset some, it appears that Samsung has only included a dual-core processor for the North American version of its Galaxy S III. Now, they haven't come out and said that outright, but benchmarks have surfaced which point to the State-side phone featuring only a dual-core Snapdragon S4. 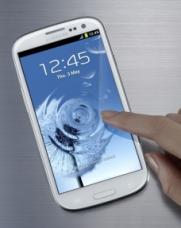 The site where the benchmark surfaced doesn't clearly state that it is a Snapdragon S4 either, but the evidence is pretty clear and points to the fact that it is. The benchmark entry makes note of the 1.5GHz core clock and the inclusion of the Adreno 225 GPU. The rumors that claim this are certainly gaining some steam with the new benchmarks.

Now, while this is only a Verizon phone, I would have to think that the rest of the carrier variants will carry the same Snapdragon S4 processor. This processor is the same as the HTC One X which could cause some people to choose that phone over the S3 since the S3 won't have anymore horsepower than the One X. We can't fully confirm this story until an official launch.