When President Obama announced his support for gay marriage yesterday on Twitter, it was pretty obvious it was going to be a historic day. Twitter has now released some data about tweets following his announcement and the data confirms what what was already suspected. The number of tweets sent was double that of the previous record last June when New York legalized gay marriage. 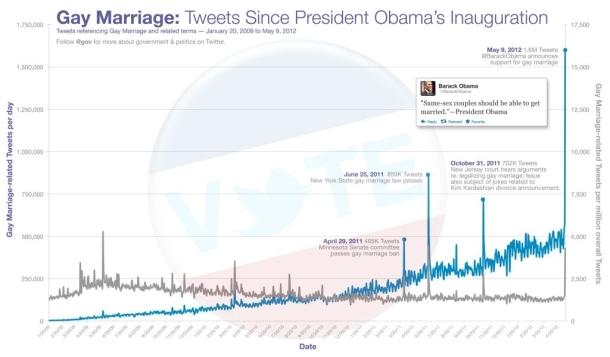 However, the percentage of total tweets has stayed basically level except for the occasional spike like yesterday or the day last June. So while there are more, that could be due to the overall increase in users and tweets. However, the spike after Obama's support certainly shows that people agree with the President's sentiments. Twitter is a great way to track people's feelings as the 160 character micro-blog is more conducive to openness.