Let's talk some Call of Duty numbers, shall we? The first-person shooter launched its Elite service to mixed opinions, but it now sports over 10 million registered users, with two million of these paid-up premium subscribers. 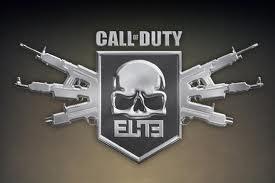 As of March 31, COD has 40 million monthly active users, with players logging in a total of 1.6 billion hours of online gameplay in Modern Warfare 3 alone. These numbers were released alongside Activision's quarterly financial report. On top of this Elite news, there's also talk that the COD: Modern Warfare 3 sales have been quite a bit lower than the Black Ops at equivalent times in their respective life cycles.

But, Infinity Ward's Mark Rubin has told Eurogamer that the way people are buying COD is changing. MW3 has a shorter tale than its predecessors because sales of new COD launches are now more front-loaded than ever. He explains:

What we're seeing is bigger and bigger spikes earlier on. Sales aren't less, they're more, but they're just front-loaded. People are getting more and more excited about the launch and more aware of when it comes out. Pre-orders are crazy, through the roof. Every time we come out with a game it breaks the record of the previous game.