BlackBerry maker, Research in Motion (RIM) yesterday hired two new senior executives, with one of them taking the post of marketing chief as RIM hopes to regain market share that they lost to Apple's iPhone, and the various handsets that rock Google's Android OS. 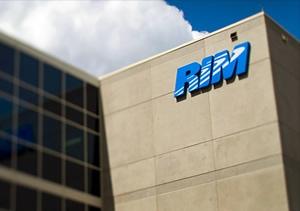 RIM only recently announces losses mounting $125 million, as they battle declining smartphone sales. Compared to Q4 2011 where the company made a hefty $934 million profit, a drop to $125 million in losses is a stark change. At that time, RIM had just announced a management shakeup where we saw 20-year veteran Jim Baisillie step down from the board, as well as the CTO and COO for global operations leaving.

Who's the new chief marketing officer? Frank Boulben, who CEO Thorsten Heins describes as a critically important decision. Boulben leaves his previous position at LightSquared, where he was the executive vice president for strategy and marketing, with that company also struggling since Sprint left their partnership with the company after US regulators killed off plans it had for a nationwide broadband network.

Kristian and Frank bring extensive knowledge of the rapidly changing wireless global market and will help RIM as we sharpen our focus on delivering long-term value to our stakeholders. Most importantly, both Kristian and Frank possess a keen understanding of the emerging trends in mobile communications and computing.