Micron have announced that they have begun shipping the very first engineering samples of "fully functional DDR4 DRAM modules" in DIMM form factor to their major customers. Micron expects to have DDR4 ready for mas production by Q4 2012, where fast adoption of the new DDR4 tech will be scooped up by key industry players next year. 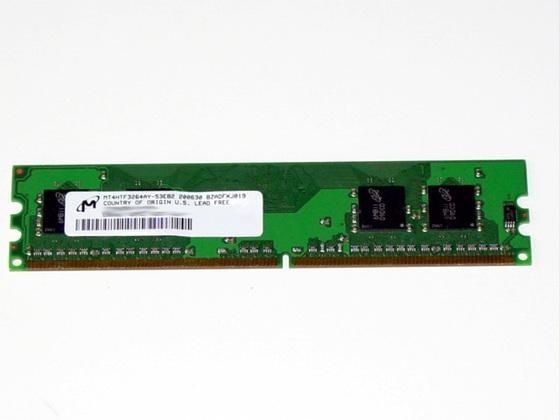 DDR4 focuses on reducing power consumption, while at the same time offering a performance increases over DDR3. The memory was developed in conjunction with Taiwan's Nanya, where they've used Micron's 30nm process node.

The new sticks, 4 Gigabit, 512MB DDR4 x 8 memory chip is offering memory densities up to 8GB for a single DIMM. This means we're looking at DDR4 hitting us with systems capable of 32GB of RAM in the mainstream, with 64GB and 128GB hitting up the high-end. Micron plan on making the memory chips with x8, x16, and x32 solder connections, which should reach clocks from 2.4-3.2 billion transfers per second, or "effective GHz" as the memory vendors like to say.

Usually, this wouldn't mean much because Intel don't plan on baking DDR4 support into their products this side of 2014. The first to receive DDR4 will be server chipsets such as Haswell-EX. Desktop and mobile would receive DDR4 in 2015 with Broadwell, a 14nm die-shrink of Haswell. But... there are now some seriously big players who want some high-speed DDR4 goodness, AMD, NVIDIA, Qualcomm and TI. I'm sure this will grow in between now and 2013, too.