EA and BioWare's MMORPG, Star Wars: The Old Republic launched in late-2011 to surprisingly strong numbers, but EA have released an earnings report today that might shock you. EA have announced that the game currently has 1.3 million subscribers, which is down roughly 25-percent from its peak of 1.7 million subscribers in March. 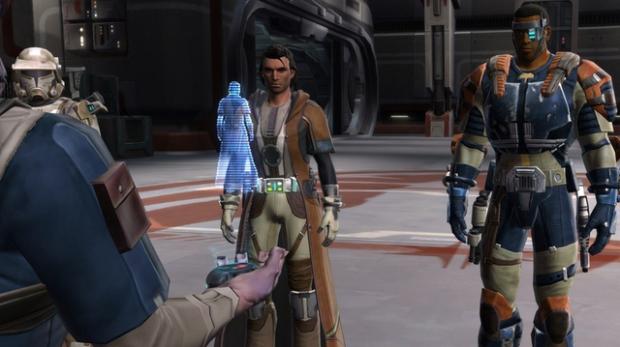 During a conference call that went with the earnings report, EA Labels President Frank Gibeau said that the subscriber drop was within the company's "original assumptions" about how the game would go post-launch. He added that the company "intends to increase subscribers" with continual upgrades, which include new guild features, players vs. player improvements, and "elder gameplay" that keeps SW:TOR appealing to high-level players.

Gibeau has said that the subscriber drop isn't from the "core MMO users", as they are sticking to the game in good numbers, but seems to be coming from the expanded audience of non-MMO-obsessed Star Wars fans attracted by a title like The Old Republic. Gibeau continues:

As the service evolves, some of those initial casual customers have gone through a billing cycle and decided not to subscribe.

Don't fret, though, EA CEO John Riccitiello has said that The Old Republic could continue to be profitable with as little as 500,000 subscribers.