Minnesota Senator Al Franken believes that Comcast is breaking its net neutrality agreement that it had to sign to gain approval to merge with NBC Universal. The fear that Franken has resides in the fact that Comcast will not count any direct-to-Xbox streaming against customers' 250GB monthly data cap. 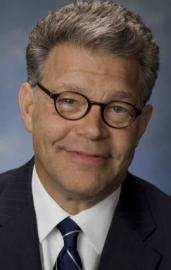 Obviously, Netflix and other internet video providers are upset by this and see it as unfair. They believe it gives Comcast's service an unfair advantage to their own services and that it violates the Net neutrality rules that they had to sign to. These rules prohibit broadband providers from favoring their own content on the open internet over that of their competitors.

But of course, Comcast believes that they are complying and actually exceeding the requirements:

Comcast and NBCUniversal are fully complying with (indeed exceeding) the transaction orders as detailed in our recently filed Annual Compliance Report.

"When the Obama administration signed off on Comcast's merger with NBC Universal, it laid out a set of rules to prevent Comcast from squashing its competitors -- including popular cable alternatives -- and hurting consumers who have seen rapidly rising cable rates over the last several years," Franken said in a statement.

"Even if this does not amount to a technical violation, it certainly raises serious questions about how Comcast will favor its own content and services to the detriment of its competitors. Comcast's actions will almost certainly drive consumers to Comcast's Xfinity Streampix, rather than other Internet video streaming services, which I fear will thwart your agencies' efforts to create an open and level playing field for current and future competitors of Comcast."