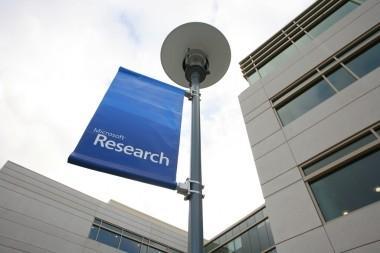 From these 13 people Microsoft have acquired brings David Pennock who is an algorithmic economist and will over see day-to-day lab operations. Microsoft also scored machine learning expert John Langford. Microsoft aren't new to research organizations, where they have budgets in the billions, and 850 PhDs. NYC will be Microsoft's 13th global office according to Jennifer Chayes, who manages Microsoft Research New England, as well as the New York Group.

Microsoft were fortunate enough to grab these people as Yahoo made cuts to their research organization last month. Chayes adds that the Yahoo researchers didn't necessarily come as a package, where she elaborates:

Watts has said that he's looking forward to working with data from many Microsoft services such as Xbox, Hotmail, MSN Messenger and Skype. The data will be used for research projects on topics like group performance and network structure. Watts added that Microsoft's partnerships with both social networking giants, Facebook and Twitter, give them an edge because of their extensive data access that he would've had trouble getting elsewhere.