NVIDIA are on a roll, nothing can stop them right now it seems and now we have the first pictures of MSI's GEFORCE GTX 670. The GTX 670 will be NVIDIA's third SKU based on the GK104 GPU, and is set to compete directly with Team Red's Radeon HD 7950 GPU. 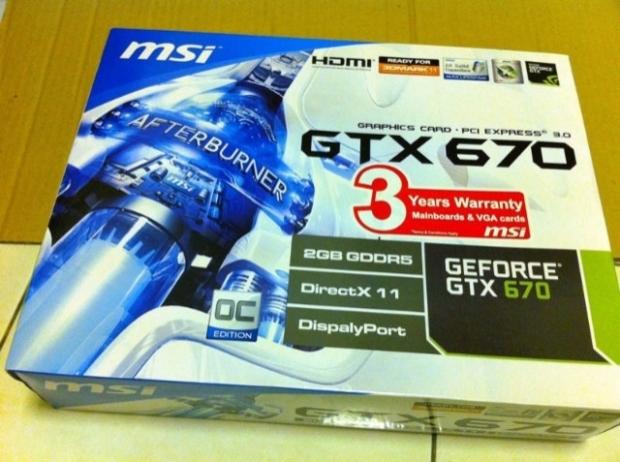 The card looks to be pure reference design, and only sports two 6-pin PCI-e connectors. I know you want to get into the specifications of the card itself, so lets do that, shall we? The GTX 670 sports 1344 CUDA cores, 112 TMUs, 32 ROPs, a 256-bit wide GDDR5 memory interface with 2GB of RAM and clock speeds on the Core of 900MHz, 1250MHz or 5GHz effective on the memory. 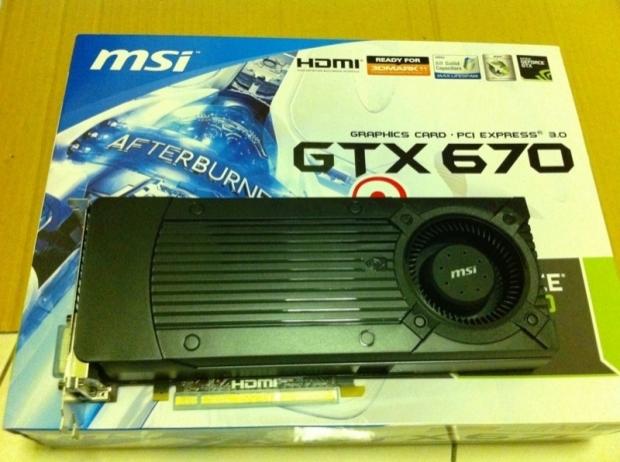 Non-reference cards that come through in the next few months should sport much shorter PCBs thanks to slim VRM requirements, and just 8 memory chips. DIsplay outputs include two dual-link DVIs, one DisplayPort and one HDMI. The box does state "OC Edition", which means it should come out of the box with overclocked speeds. Also, I'm interested to see what this new technology "DispalyPort" can do, you'll know what I mean when you see it.