In a move which should help bring Nintendo back to profitability, they are looking to start selling some WiiU and 3DS games as digital downloads. Their implementation of this differs from other console manufactures in that they are going to distribute the digital download codes via retailers so that they still get their share. 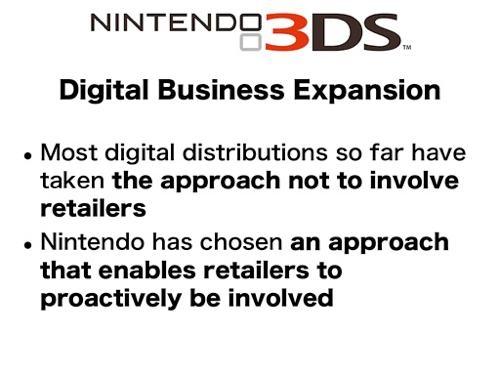 This will give shoppers the choice when at retailers to choose whether they want a digital copy or a physical copy. This move also helps Nintendo combat the used game market, which could result in an increase of games sold. This is one of the company's first steps into the digital distribution. Previously, they had sold only smaller games for download through WiiWare, DISiWare and the 3DS eShop. 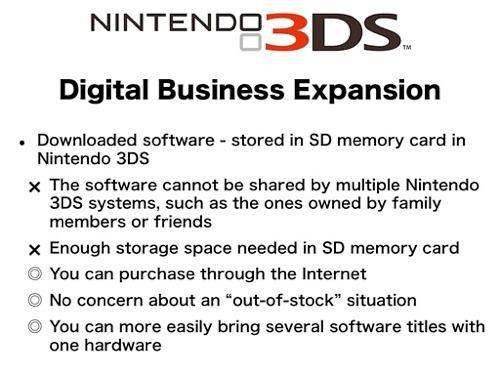 The first title offered for digital download will be New Super Mario Brothers 2 for the 3DS. This should be released sometime in August. The brain-training game Onitore, part of the Brain Age series, is also set to be available digitally. The WiiU will use a similar, if not the same, system when the console launches later this year. 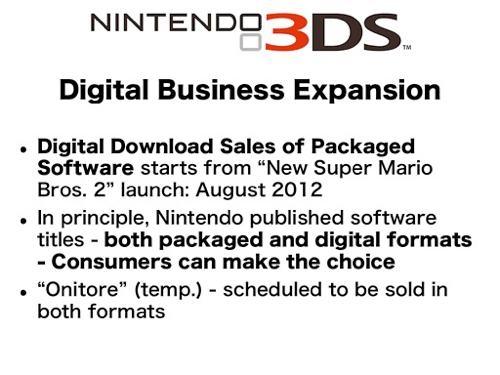