Google have just flicked the switch on various changes to their social networking site, Google+. Google+ has received a total overhaul, including layout, navigation and feature changes. There's now a new navigation ribbon on the left side of Google+ which includes draggable icons for your profile, photos, hangouts and other Google+ apps. 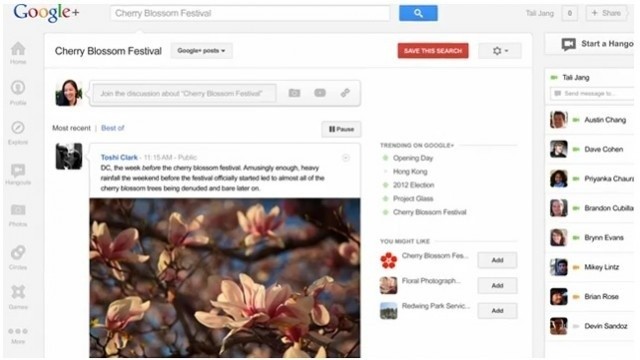 Google are also pushing the sharing of large photos and videos, from anywhere on Google be it YouTube, search, and more. Google also decided to give Google+ a new Hangouts page, meaning you don't have to set them up specifically or bump them into your stream.

Also included is a Twitter-like trending box in the upper right corner of your homescreen, this ties in with the full-network-trending Explore page. This new fresh dab of paint could give Google+ another injection of users, but I'm guessing it will just keep the same users interested longer, as Google continue to hand-mould their social networking site into something wonderful, and more useful. I really need to use Hangouts more, we should do a TweakTown hangout one time soon!