I would like to take my hat off and bow towards Maryland for this new law that they just passed. Usually I'm against new laws, especially for those that should be common sense. However, this one should be praised and passed in every state in the Union. Asking for social media passwords is a gross violation of privacy. 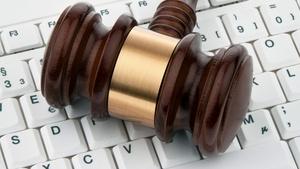 The bill passed the Maryland Senate with unanimous support and only 10 representatives opposed it in the House. The ACLU has joined in the cause after reports surfaced that the state's Department of Corrections had demanded the password of long-time staffer Robert Collins. Other states have followed Maryland's lead and introduced similar bills.

The states are Illinois, California, Minnesota, Michigan, Massachusetts. New Jersey is likely to jump on board soon, too. It's a good day, finally, to be a US citizen and have the government actually do something to help its citizens.