The latest rumors to come from DigiTimes, who quotes a report from China's Economic Daily News, says that supplier checks are now indicating that due to the late-April availability of Intel's Ivy Bridge CPUs, Apple now plans to push back the launch of the refreshed MacBook Pro and iMac models to near the end of the company's fiscal second quarter, which ends in June. 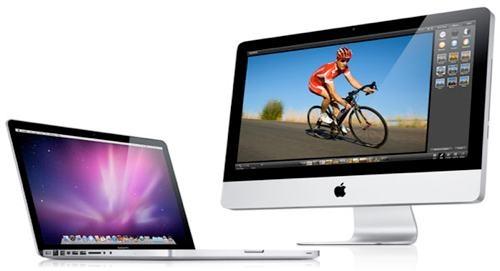 But, these new rumors could prove to be real as earlier speculation points to Apple beginning to use new glass tech a company called G-Tech for the display screens, which are said to be less reflective and reduce glare.

Manufacturers of the new units are said to be handed over to Foxconn and Quanta, which will benefit from the smaller and more energy-efficient, but faster Ivy Bridge chips, as well as support for internal PCI-Express 3.0, USB 3.0 and faster graphics. Other reports are pointing toward the new iMac being thinner, which could then point to the new iMac losing its optical drive, just like the MacBook Air.

The new MacBook Pro is said to tap some of that Ivy Bridge goodness, as well as bringing with it Intel HD 4000 graphics as the default chipset, which will be supplemented by a discrete video card in higher-end models, something I'm guessing will be an AMD Radeon HD 7000-series GPU).