This is a two part news post. One part is fact, the other is rumor. The fact is, Foxconn is hiring 18,000 workers to build the next iPhone. The rumor is that the iPhone 5 will launch in June. Now that we have that out of the way, let's look at the details. During a recent interview, a Foxconn recruiter said the company is hiring 18,000 new employees. 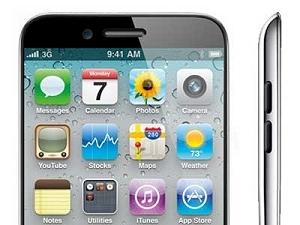 They need all of these new employees to build the new iPhone with the working conditions that they and Apple have promised to bring to Chinese workers. In the interview, the representative went on to say that he believed in was going to be a June launch for the new iPhone. Let's be clear here. He says it "seems" as though it will go on sale in June, but that's not a for sure thing.

If the new iPhone launches this summer, that would mean that the current iPhone 4S would have only been around for 8 to 9 months, breaking Apple's yearly release schedule. Then again, Apple has broken there release schedule before when they launched the 4S, so this rumor does have some credibility. As with all rumors, take this with a grain of salt. If you're looking for a job, Foxconn is hiring.