Facebook have just rolled out its best photo update to-date, where they'll now display photos in high-resolution and allow the feature of full-screen viewing of images. The pictures will of course be much clearer, crisper, and higher quality than ever before. 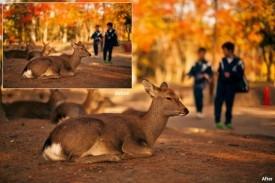 The latest version of Firefox, as well as Chrome users, can view the full-screen photos by clicking the arrow in the top right corner. The last time Facebook updated its photo viewer was back in February, where the photo interface appears in a pop-out box with the caption information and ads displayed in the right sidebar.

Facebook knew that the photos weren't in good enough quality, where Facebook engineer Ryan Mack said in a blog post that he started working on the photo updates as soon as he noticed the coloring was off in his photos. Mack said:

Inside the Sydney Opera house I took a photo that I just couldn't wait to share with my friends. But when I uploaded it to Facebook the seats ended up looking way too red. It was a subtle change, but it bothered me enough to investigate.

I've long wondered why Facebook haven't increased the resolution support of their photo viewer, with so many people slinging around DSLR-based cameras, then uploading their snaps to Facebook, where it becomes kind of pointless. There should be a meme for that.