Apple's latest iPad has a gorgeous screen, but there's going to be an issue for a while until app developers upgrade their apps to the appropriate 2048x1536 resolution that the new screen outputs. Netflix is the latest one to do this, upgrading their app to version 2.1.1. 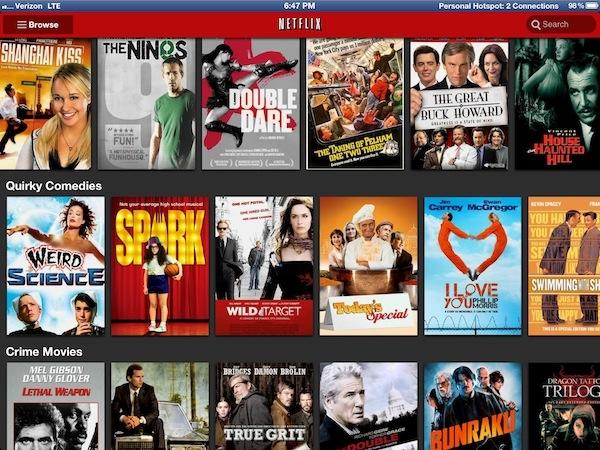 The new version adds high-res artwork, but also fixes for VoiceOver, improved playback on external displays and a few other little tweaks. Netflix's Twitter account is also promising that HD video streaming is coming soon. The new update should please some people, but as usual, not every person can be happy with updates.

For those with older iPads, nothing really changes... most of the time, that is. Streaming-only customers have reportedly lose the ability to even view or rate DVD-only titles in the new version 2.1.1 of the Netflix app. This is strange, but I expect a new version to slide onto the iTunes App Store shortly, well, hopefully.