WikiLeaks have just announced that its founder, and leader, Julian Assange, will be running for a seat in the Australian Senate, reports the ABC. At the moment, Assange is in England head of a possible extradition to Sweden, where he is wanted for questioning over allegations that he sexually assaulted two women in 2010. 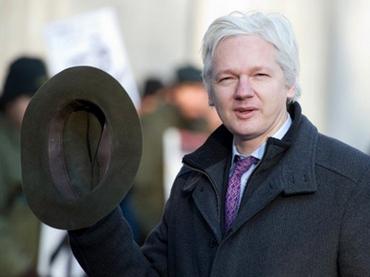 Assange is currently on bail waiting for a British Supreme Court decision on his appeal against the extradition. Although Assange is going through all of this legal drama, WikiLeaks has announced that Assange is eligible to run for the Upper House. WikiLeaks said on Twitter:

We have discovered that it is possible for Julian Assange to run for the Australian Senate while detained.

Julian has decided to run.

The name of the Lalor candidate and the state Julian will run for will be announced at the appropriate time.

I'll vote for you, Julian.