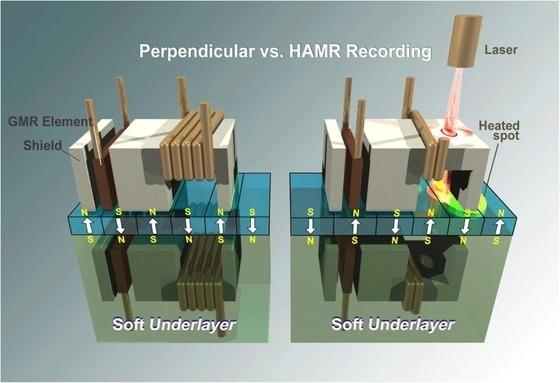 Currently, 620 gigabits per square inch provides us with current 3TB capacity in 3.5-inch disks, 2.5-inch disks max out at 750GB. This new technology from Seagate should double this to 6TB and 2TB for 3.5- and 2.5-inch drives, respectively. Seagate say this technology will arrive "later this decade", and will drive hard disk drive sizes right up to 60TB over the following 10 years. Seagate hit the milestone by using heat-assisted magnetic recording (HAMR), which they hail as the next-generation successor to 2006's perpendicular magnetic recording (PMR).

PMR should hit a peak of approximately 1Tb per square inch in the next few years, which should be the starting density of the new HAMR-based drives. Seagate explain in their press releases:

What do you think? 60TB HDDs? I'd love to slap a bunch of those into my NAS, I can tell you that much!