AU Optronics, you naughty, naughty company. They've had their name thrown through courts before, where in a 2009 group suit they were targeted for LCD price fixing. But, it's not like LCD price fixing is anything new, but it seems that AUO will be getting slapped with the decision process in the US. 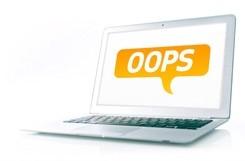 A US court found the Taiwanese company guilt in a case, where the fine could be as large as $1 billion. Quite a lot of green, if you ask me. The company was charged as part of an alleged price-fixing group, that operated for quite a while it seems, between 1999 and 2006 to be exact, where they were the only Asian LCD maker in that lot to plead not guilty.

This ruling comes after LG coughing up a $400 million fine in 2008, where Samsung talked themselves into an early deal to sidestep prosecution. A duo of AUO executives were also found guilty, but its former CEO, L.J. Chen, was not. AUO are expected to appeal, which could take a year, but that hasn't stopped their stock price from dropping in the meantime.