NVIDIA may be laying down the rose petals for the love fest that will be their GEFORCE GTX 680, but the notebook sector is about to get a nice performance boost in the GPU department thanks to Kepler. We already saw some of those results in the news yesterday with Acer's Aspire M3 Ultrabook, which sports the new 640M, and it was pretty fast. 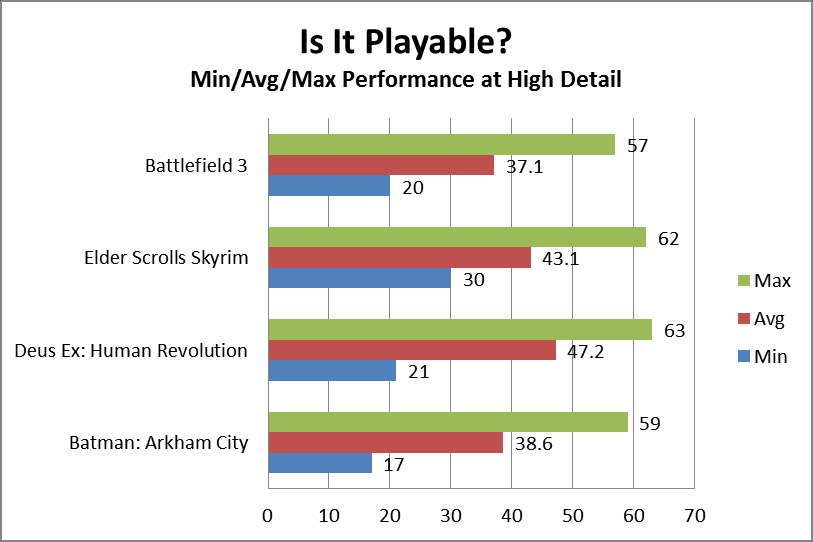 But now we have some results to share where its versed against some competition, with the AMD Radeon HD 6990M, Radeon HD 6720G2, and NVIDIA's own current GeForce GT 555M, and just for good measure, Intel's HD 3000 graphics were thrown into the mix. Let's see what was stirred up.

All game tests were done at a resolution of 1366x768, with 3DMark 06 and DOW 2: Retribution, the GT 640M seemed to be behind the GT 555M, but managed to smash it in 3DMark 11 and Battlefield 3. Some of the current most-popular games, Battlefield 3, Skyrim, Deus Ex: Human Revolution, and Batman: Arkham City, were found to be playable at this resolution, playable being over 35fps.