Archos have teased the world today with their upcoming G10 xs series of tablets. The tablet was unveiled at a show in Paris, where even now, not much is known about the tablet. But, we do know it'll measure in at just 7.6mm thick, which beats even the new iPad in terms of thinness.

This measurement is increased to just 11mm when its paired with its companion keyboard dock, like the ASUS Transformer range. We should expect these tablets to hit retail sometime this year, where it'll compete against the Transformer Prime, not only in style and features, but price.

No mention has ben made about the tablets OS, but we should expect Android 4.0 Ice Cream Sandwich to be baked into it, price-wise we should expect to pay between 200 and 400 Euros, depending on the configuration. The video above doesn't show much, except for some quick glimpses and lots of lens flare. 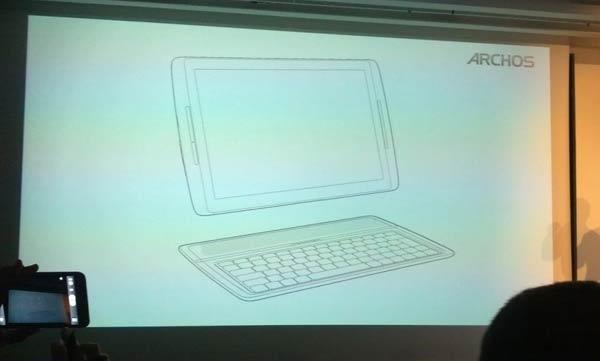