NVIDIA have just released a fresh set of drivers, where we have them split into two variants. First off, we have the GeForce 296.10 which is available for Windows XP, Vista and 7 users, where it boosts SLI performance in a few titles: Blacklight: Retribution, Dirt 3, Dishonored, Dungeon Defenders, F1 2011 and rFactor 2. 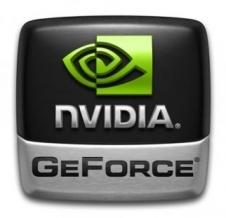 The update also includes improvements or adds 3D Vision profiles for Dear Esther and Deep Black: Reloaded. Support for the newly-released GeForce GTX 560 SE is included, as well as a bunch of bug fixes for various applications when running single or multi-GPU configurations. As a bonus, the 296.10 are WHQL-certified. You can grab those, here.

Windows 8 and NVIDIA user? You're in luck! NVIDIA have simultaneously released the GeForce 296.17 drivers specifically for Windows 8. These drivers add full support for the new Windows Display Driver Model (WDDM) 1.2 as well as 3D Vision and 3DTV Play products for over 600 games, Blu-ray movies and photos. You can grab the 296.17's here.