CeBIT's show has revealed a tasty new tablet that hits in just a couple of months time from Prestigio. Prestigio's Multi 9.7, is you guessed it, a 9.7-inch tablet that sports an IPS-based display. The tablet also features a fingerprint-resistant rubber back.

Software-wise, we're looking at Google's Android 4.0 Ice Cream Sandwich, which is not too bad considering it's a "low-end" device. The specs aren't too bad for a low-end device, where we have 8GB of internal storage, expandable by microSD, a single-core 1GHz ARM Cortex A8 chip and 1GB of RAM.

According to Notebook Italia, the tablet arrives in Italy in May for 199. At the moment there's no news whether it'll jump across the pond. In the video above, skip to around 1:30 to see the tablet in action. It's great to see Android 4.0-based tablets hitting in decent quality (IPS display). 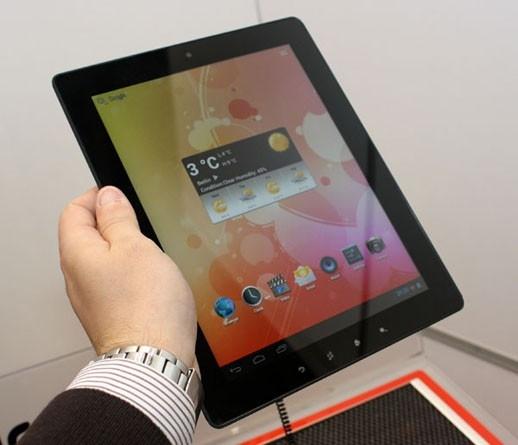