Sony only just launched the Xperia S, but it didn't launch with PlayStation support before it hit retail shelves. But, the placeholder link on the Xperia S app drawer now loads a webpage where the PlayStation Store and PS Pocket app can be downloaded. The same good news applies to Xperia S's Japanese counterpart, the Acro HD, which launched in late-February. 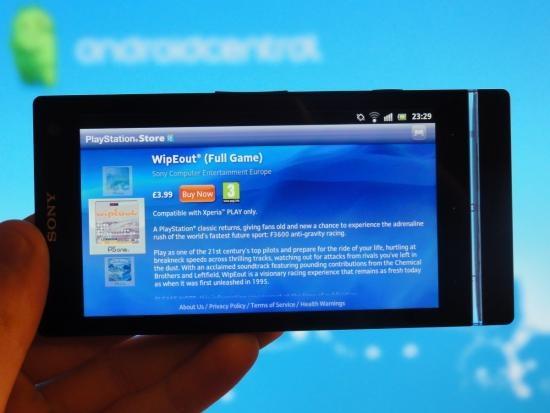 Before you can do any of this, you'll need to enable non-Market applications by going into Settings, then Applications, then run "Let's start PS store" in the app tray. After that, download the two apps, which will then let you buy and play the games. At the moment, Android Central is reporting that they can see around 12 titles available on their review unit, but some of them are only playable on the Xperia Play.

Of course, in order to receive access to the above-mentioned goods, you'll require a PlayStation Network or Sony Entertainment Network account. Sony also plan to being PS certification to all of its 2012 phones, including the Xperia P, U, Ion and the recently-announced Xperia Sola.