HTC have announced that the next phones in their lineup to receive Android 4.0 Ice Cream Sandwich will be the Sensation 4G and Sensation XL. HTC have already committed themselves to upgrading a very long list of devices, but the release timing has been leaking out ever so slowly. 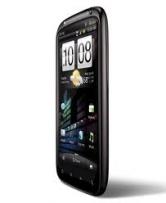 HTC have also confirmed that they are in the early stages of releasing ICS for its original Sensation and Sensation XE handsets. Reports have floated onto the Internet that unlocked devices in European-based counties are the first to have received the official updates, head of a more international rollout.

HTC are still yet to announce a detailed time frame for their Android 4.0 updates, where its Global Community Manager, Darren Krape, has cautioned that "it will take time for all carriers in each country to get the update". So a little patience is required, but the update should be worth it.