Final Fantasy fan? Android device owner? RPG fan? Well, even if you are all of those things, you'll still need to live in Japan to get the Japan-only app store for Android, where Square Enix have released Final Fantasy III. Japanese exclusivity means you cannot get this game anywhere else. 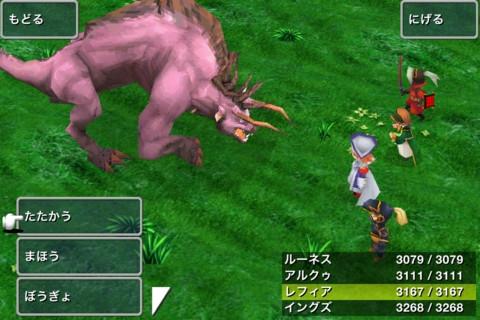 The game is selling for 1,400 "points" through Square Enix's pricing system, which works out to around $17.87. There's no word on whether the developer will release the game to other regions, but in the mean time, you can play the game right now if you're in Japan.

Based somewhere else and want to play it? Only your tears will keep you warm at night. Weird for Square Enix to release it in Japan only, when we live in an open market these days with Android Markets and App Stores all over the world. Sigh.