Google have just rolled out their new design for the Google+ mobile site, and now pulls it more in line with the designs of the Google+ apps for both Android and iOS devices. iPad users should be quite happy, in some ways, with this new update, as they've been waiting for a native app for Google+ for a while now. 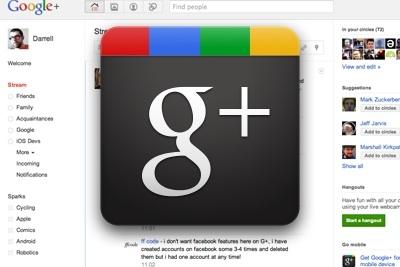 The new UI includes a visual refresh, and includes some new features to make it easier to use Google+ with the mobile browser. One of the biggest improvements is that now individual posts can be reshared with the click (or touch?) of a single button. Google+ rolled out some major localization just a few days ago, which made the service available in more than 60 languages including Zulu and Icelandic.

One thing still missine is an actual native iPad app for Google+. Right now, we have an iPhone app, Android app (of course) but the iPad-based users have to upscale the app, which doesn't look too good at all. A Google spokesperson has said that there is "no update" on the availability of an iPad app.