Google is my browser of choice. Everytime I use it, I feel like a cowboy in the western era, pulling my gun out of my holster and swinging it around my finger and then shooting some tin can at 100-feet. More exciting news, though: Google have confirmed they're working on a version of Chrome that will run in the Metro environment found within Windows 8, says Mashable. 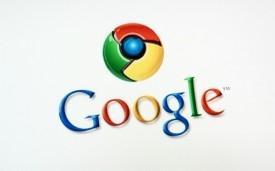 The Google spokesperson told Mashable that the new version of Chrome would be based on the desktop browser, as opposed to the Android-based version. The representative has been quoted:

Our goal is to be able to offer our users a speedy, simple, secure Chrome experience across all platforms, which includes both the desktop and Metro versions of Windows 8. To that end we're in the process of building a Metro version of Chrome along with improving desktop Chrome in Windows 8 such as adding enhanced touch support.

This means that when the Windows 8 tablets hit the market, users will be able to use the same browsers they know and love in Windows 7, but with the Metro interface. Mozilla has also admitted they're building Firefox for Metro, too.