Heavy Rain, to me, was great. It had its problems (frame rate, and the whole "Jaaasssooonnnn" bit) but it was a completely different game to the usual genres out there. The mastermind behind the game, David Cage, and his company, Quantic Dream are back again, and want your socks blown off, again.

Enter Kara. Kara was shown off during GDC, where it was again a PlayStation 3-exclusive, and just a technology demo that was showcasing the company's new game engine. Cage says:

Kara was made a year ago, so the technology has evolved a lot since then," the Quantic Dream head told CVG at GDC. We've worked a lot on the cinematography, we've worked a lot on lens flares, on diffraction and how the light plays on the optic... We're playing with all these things, so I think that the next games - whatever they are - are going to look much better than Kara. 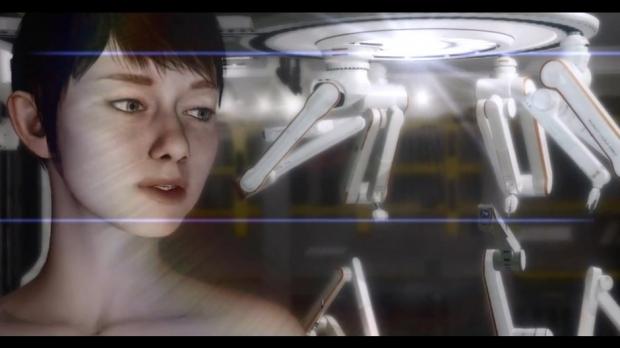 Keep in mind, Kara is just a tech demo. But Cage has said they've learnt a lot from their ability to use full body motion capture to tell a story. Cage explains:

We learned the importance of working with actors, the importance of rehearsing - all the things that went through body language. We thought that each time a character had something to say they should say it vocally, in words and dialogue, but actually when you start playing with full performance capture, there's a lot you can say without any words. It's like discovering a new area that we had totally ignored. It gives you a lot of subtlety and the possibility to have nuances that were not available in games before.

All I know is, I want that game, as it is, with that story. Something like, you play one of the Kara clones, and you have to find out where you originated from, who your creator is. Then, if you 'die', you just have another clone, and have to continue the story. That would be kinda cool, if you ask me.