ECS has shown up with some pics of the new Z77H2-AX motherboard that is due in the coming weeks and the first bit that stands out is the epic gold and black color scheme on the board which looks awesome. 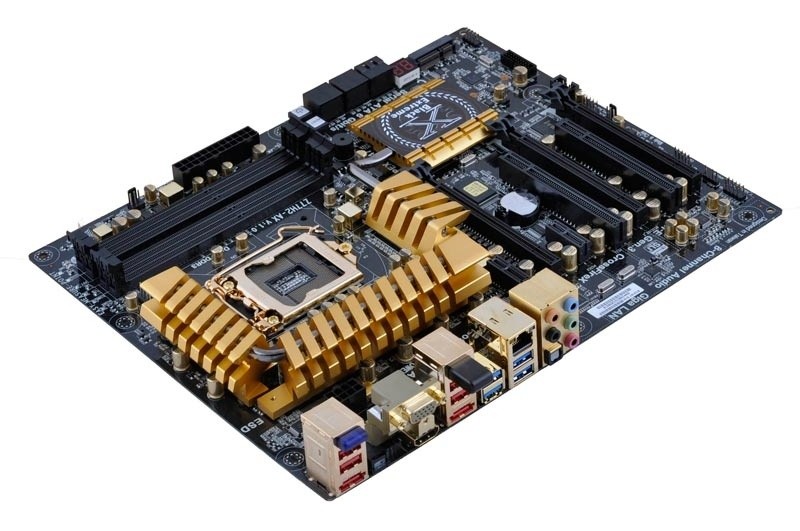 The socket looks especially fantastic; it's such a pity that it's going to be covered by a cooler. At least the fancy heatsinks are going to stand out and the I/O ports which have also got the Midas touch. 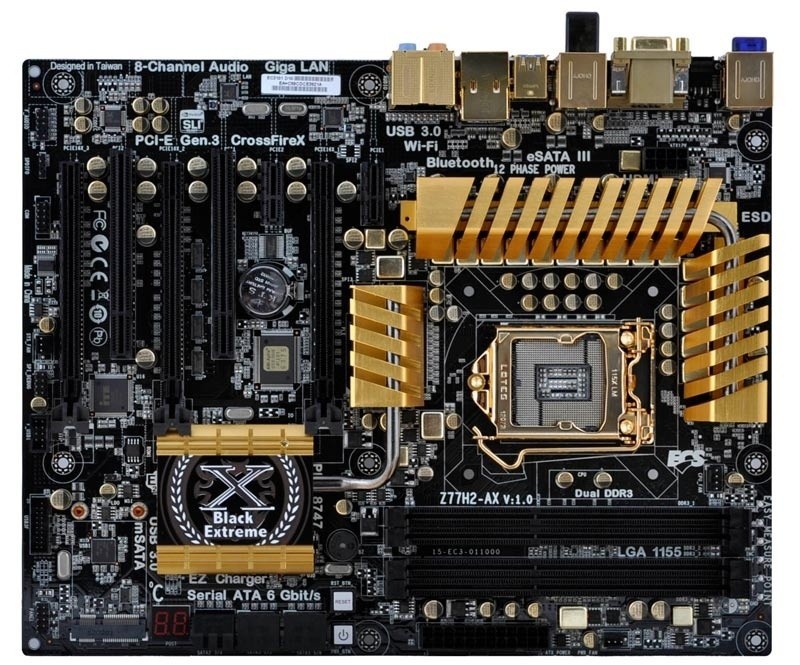 This is a fantastic looking board, though. Fingers crossed performance is also strong. Expect a review in the coming weeks when the NDA officially lists on the new Intel chipset and we can finally take the board for a spin.