The Penny Arcade Report has a pretty juicy review with gaming development god himself, Gabe Newell. In the interview, we don't find out the most importan news to man-kind: the release date of Half-Life 3, but we do find out that Gabe says Valve don'e want to get into the cycle of constantly developing sequels. 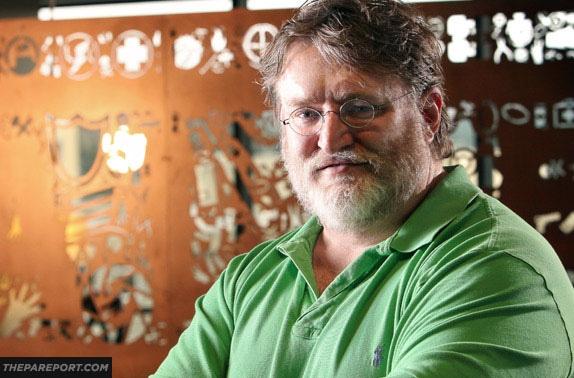 Even though that's all they do: Team Fortress 2, Left 4 Dead 2, Counter Strike: Source/Global Offensive, Half-Life 2 (and the Episodes), and more. Gabe also talks about DRM, and says that rather than telling game developers what they can and can't do with their anti-piracy techniques, Newell prefers to show them actual data.

Recently I was in a meeting and there's a company that had a third party DRM solution and we showed them look, this is what happens, at this point in your life cycle your DRM got hacked, right? Now let's look at the data, did your sales change at all? No, your sales didn't change one bit. Right? So here's before and after, here's where you have DRM that annoys your customers and causing huge numbers of support calls and in theory you would think that you would see a huge drop off in sales after that got hacked, and instead there was absolutely no difference in sales before or after. You know, and then we tell them you actually probably lost a whole bunch of sales as near as we can tell, here's how much money you lost by bundling that with your product.