NVIDIA have just release some very special drivers in the form of the GeForce 295.73 WHQL Drivers. NVIDIA say they are essential for Skyrim, Diablo III and Mass Effect 3, and once you see these numbers, you'll probably agree.

The drivers sport numerous "game-changing", NVIDIA-exclusive improvements that have been baked into previous beta downloads, as well as a few other treats, all wrapped up in a nice WHQL-certified package. Skyrim gets a serious punch in frame rates with these new drivers, with performance on the GeForce GTX 560 receiving an amazing 44.5-percent increase in performance, and GTX 560 SLI performance seeing a boost of 44.1-percent. The GTX 580 sees a nice 36-percent bump, with GTX 580 SLI only receiving 17.3-percent. All of this testing is done at 1920x1080 with Indoor Scenes, Ultra Detail, 8xMSAA, 16xAF. 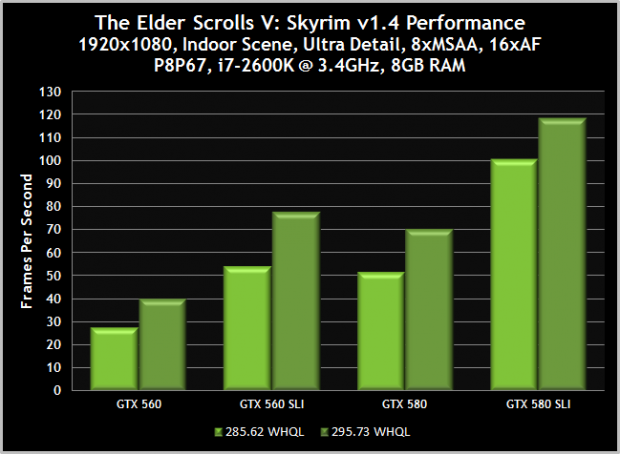 Diablo III Beta doesn't miss out from these new drivers, where the immersive Ambient Occlusion shadowing now featuring in Diablo III, which looks quite good. Instructions on how to enable this feature are available on NVIDIA's website. 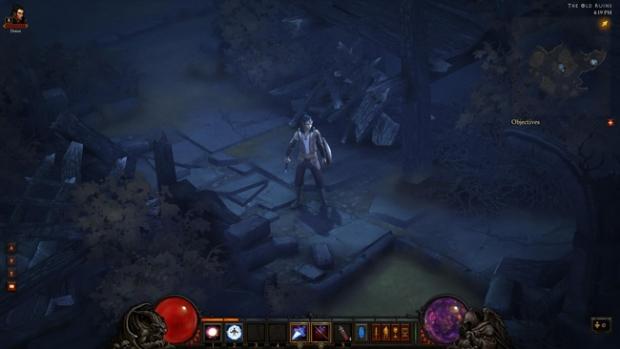 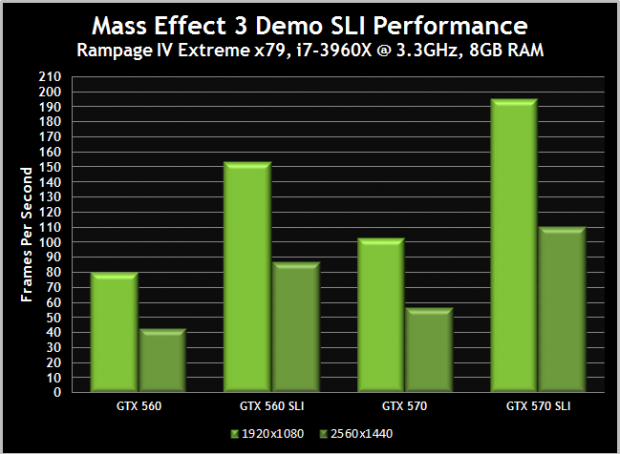 Call of Duty: Modern Warfare 3 isn't left out, and gets the benefit of GeForce-exclusive Ambient Occlusion support. 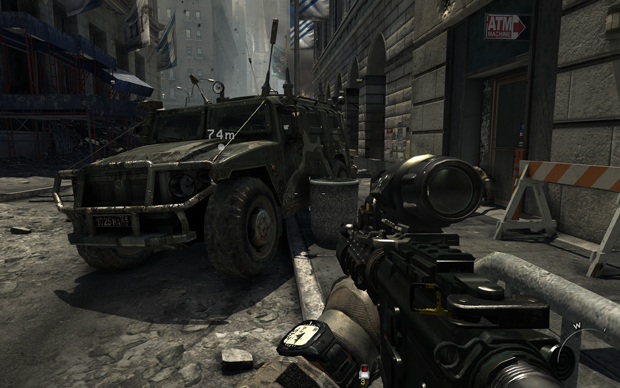 NVIDIA have also baked in new SLI profiles into the 295.73 drivers:

You can grab the new NVIDIA GeForce 295.73 WHQL drivers here.