Apple have just announced they've released a developer preview of their upcoming OS, Mountain Lion. Touted as the ninth major release of the 'world's most advanced operating system', Mountain Lion will introduce popular apps from the iPad to the Mac, such as Messages, Notes, Reminders and Game Center, as well as Notification Center, Share Sheets, Twitter integration and AirPlay Mirroring. 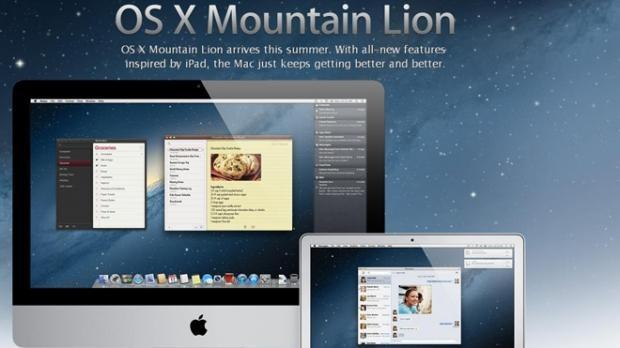 On top of these iPad-related features, OS X Mountain Lion will sport iCloud, which allows for easy setup and integration with said apps. The developer preview of Mountain Lion also intros Gatekeeper. What is Gatekeeper? It's a 'revolutionary' security feature that helps keep you safe from malicious software by giving you complete control over what apps are allowed to be installed on your Mac.

Because Mountain View includes Messages, this means that iChat is now gone. Messages will continue to support services such as AIM, Jabber, Yahoo! Messenger and Google Talk. If you want to try it out on your Lion-based Mac, you can download the beta of Messages, here.

Because Mountain Lion has Twitter integration, you can sign on once and tweet directly from Safari, Quick Look, Photo Booth, Preview and other third-party applications. AirPlay Mirroring ushers in a new way to wireless send a secure 720p video stream of what's on your Mac, directly to an HDTV using Apple TV.

Gatekeeper in more detail, will definitely change the way people feel about security on a Mac. Security is an ever-evolving entity and even the most secure OS doesn't stay secure forever. Gamekeeper allows you to choose to install apps from literally any source, or you can change it up and make it more secure by allowing application installs only from the Mac App Store. This would be great for new Mac users, or novice computer end users.