Mainstream media doesn't seem to be covering this as much as I thought, as it goes against their Global Warming agenda. But, how about we mix up our tech-related news, with some real-world news, shall we?

For the past fortnight or so, Europe has been stopped in its tracks. A cold snap is responsible for this, stranding people at home, in their cars, resulting in hundreds of deaths, and thousands upon thousands affected. Venice's canals have frozen over, Amsterdam's canals have people ice skating on them, people sledding in Slovenia, and cross-country skiing in Pamplona. 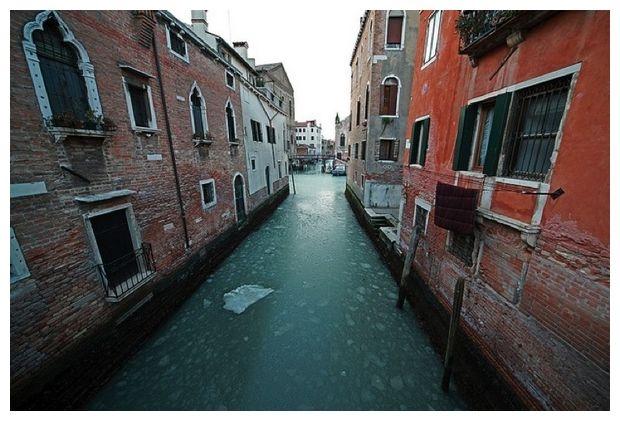 The sad results of this is that the Ukraine has been hit quite hard, resulting in more than 135 deaths, many more have been sent to hospital with hypothermia, massive traffic havoc and have left several Bosnia-based villages completely cut off from the outside world. These things are not reported on your TV as much as they should be.

Ukraine's Ministry of Emergencies announced the death toll this week (135), and temperatures of minus 33-degrees Celcius (minus 27-degrees Fahrenheit). Neighbouring countries Russia and Poland have reported 64 and 9 deaths, respectively.

Temperatures are said to get better over the next week or so, but with so much record snow fall and ice, the next fear is flooding. Greece and Bulgaria have reportedly been hit by high water flowing from the melting snow. On Monday, a damn burst in Bulgaria, sending a wall of water splashing down and obliterating a village called Bisser, killing eight people.

On top of this, many farms growing fruit, meat and vegetables, will have lost stock. Up to 100,000 tonnes (or more) of product is expected to rot. Dairy farmers have also warned that unless roads linking them to markets cleared soon, milk will spoil.

Flight-wise, Heathrow Airport have had to cancel nearly one-third of all of their scheduled flights during the cold snap (as reported on February 7), resulting in affected US and Asia-based flights. 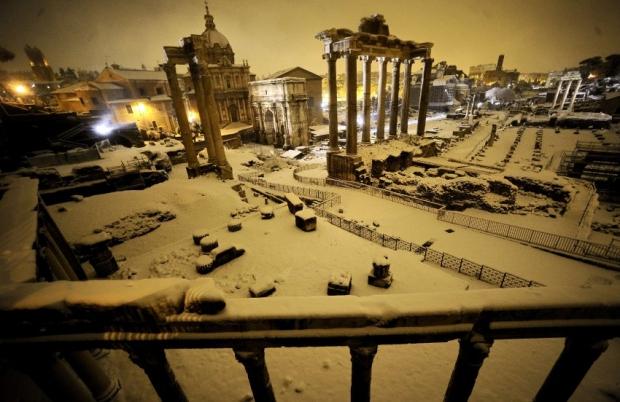 My question - Global warming. Explain this to me, scientists? We can barely predict a 5-day forecast, yet somehow, Europe is going through a severe cold snap. Yes, it's winter. Yes, the entire Northern Hemisphere is in winter right now, but really? Global warming? Reports from all the way back in the year 2000 had people talking about snow disappearing, with our children growing up not knowing what snow is, because of global warming.

A quote from The Independent:

Global warming, the heating of the atmosphere by increased amounts of industrial gases, is now accepted as a reality by the international community. Average temperatures in Britain were nearly 0.6C higher in the Nineties than in 1960-90, and it is estimated that they will increase by 0.2C every decade over the coming century. Eight of the 10 hottest years on record occurred in the Nineties.

However, the warming is so far manifesting itself more in winters which are less cold than in much hotter summers. According to Dr David Viner, a senior research scientist at the climatic research unit (CRU) of the University of East Anglia,within a few years winter snowfall will become "a very rare and exciting event".

Really? It doesn't quite explain the last few years cold snaps... or "cold waves". It appears that if we look at history we can see we've had some severe cold snaps in the past 8 years now. Between 2004 and 2012, it has been virtually every year.

Our thoughts, prayers and wishes are with those affected with the current cold snap of Europe.