It was only a few weeks ago that a 'hack' was made available for VLC that allowed the program to have Blu-ray compatibility, where it could playback encrypted Blu-ray images. Now we have the first release candidate (RC) of VLC 2.0. 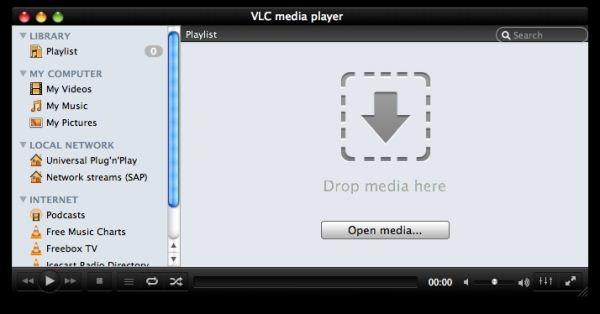 VLC 2.0 has some big changes, the biggest of which is the OS X version that sports a new user interface that does look quite swish indeed, as well as Blu-ray playback support. Windows doesn't get missed out, which now features a 64-bit version, as well as support for multiple video files found inside RAR archives.

Apple doesn't officially support Blu-ray, as they have no Blu-ray hardware in any form, and the software support is not that great, if applicable at all. Blu-ray discs are encrypted, so you can't just download a program and away you go. Because Apple don't support Blu-ray, Blu-ray on OS X has been barely existant, but there have still been work arounds. MKV files, as well as the ability to rip and encode video with the OS X version of MakeMKV.

VideoLAN has promised that VLC 2.0 features experimental Blu-ray playback support, how good this playback is, is currently unknown. VideoLAN is also reportedly working on porting VLC 2.0 to iOS, which comes as a surprise as the original VLC app for iOS was pulled from the App Store nearly twelve months ago now.

You can download the first RC of VLC 2.0 here.