NewsReviewsArticlesGuidesGamingAsk the ExpertsNewsletterForums
GIVEAWAY: Gaming peripherals upgrade thanks to Corsair worth $280
Video Cards

First up, here's some salt. See your shoulder? Throw some over it. Now we can get into the news, SemiAccurate have luckily enough, had their eyes on NVIDIA's Kepler/GK104 chip. The chip they saw, they measured, which is great news for us. 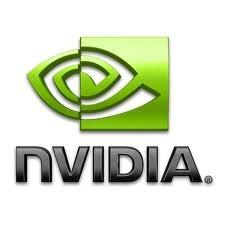 Measurements of GK104 come in at roughly 18-19mm * 18-19mm, putting the range from 324-361mm^2. This is bigger than SA were expecting, but compared to AMD's Tahiti, it actually measures in smaller. Performance on GK104 is said to be quite good, and it should be around the same efficiency as AMD's current chips, but this time, in favor of Team Green, will reportedly draw a fair bit less power.

GK104, if priced correctly, could be the 2012 mid-range super GPU. That is, if NVIDIA can keep GK104 together and not let anything slip from its current yield. Things can change rapidly, but if they don't, we could see some very amazing things from Team Green. It's almost time to get out those green flags, people.